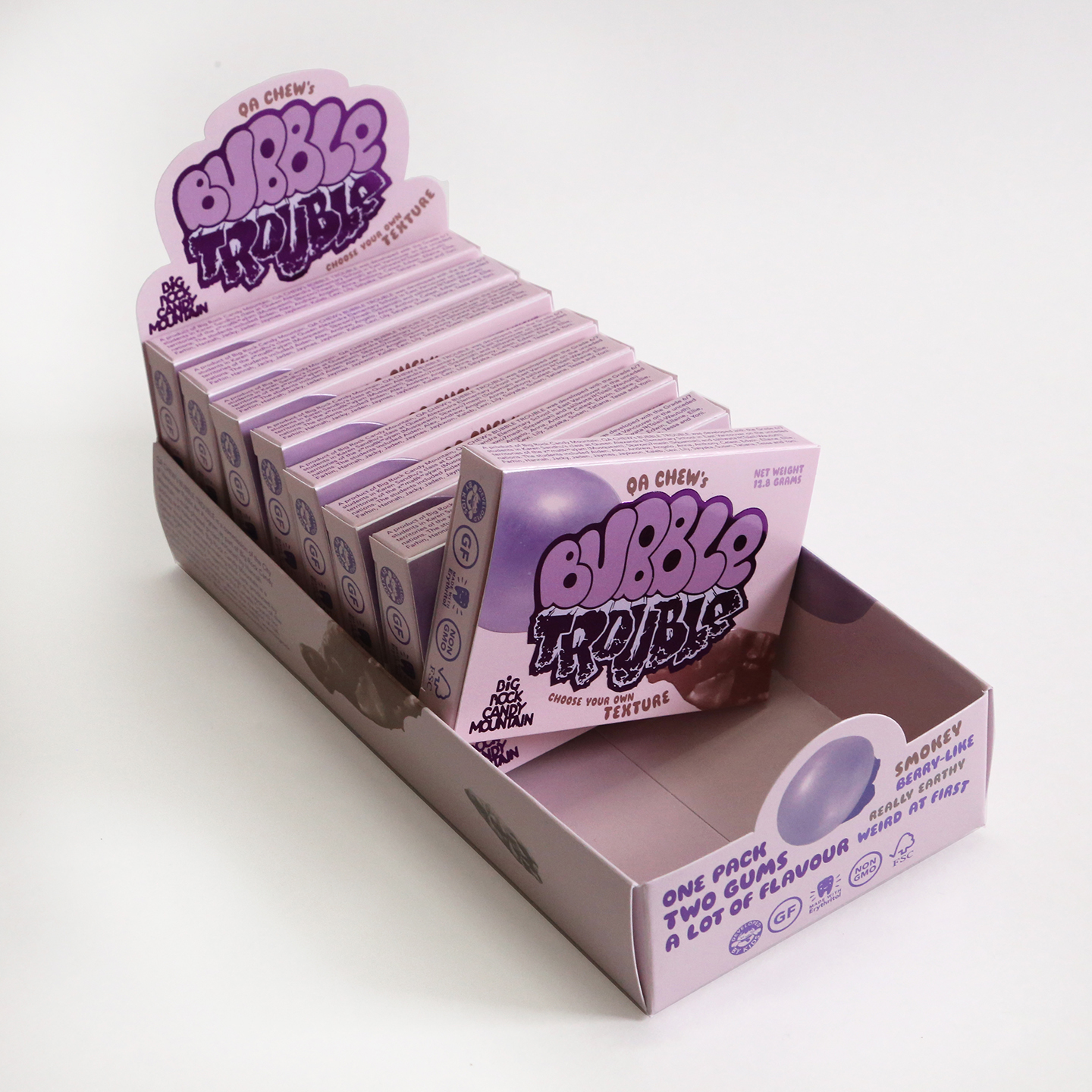 The gum was designed through a series of classroom workshops with students, teachers, support staff, and guest experts such as food scientist Kathrin Wallace. In these workshops, students compared gum textures, natural and artificial flavours, and standard ingredients such as sorbitol and xylitol. We explored gum as an art material, a confectionery, and even as a public nuisance when it gets stuck underneath desks and on sidewalks. The result is QA CHEW’s BUBBLE TROUBLE, which has a uniquely abstract blend of both fruity and sweet notes, with some sharp and earthy tones. Students have variously described the flavour as “Hello Kitty bubble bath,” “pungent,” and “mysterious.”

QA CHEW is a commission of the City of Vancouver Public Art Program as part of Big Rock Candy Mountain, a multi-phased project initiated by Hannah Jickling and Helen Reed. Big Rock Candy Mountain is a flavour incubator and taste-making think tank produced by Other Sights for Artists’ Projects through the support of the British Columbia Arts Council and the Canada Council for the Arts.

QA CHEW’s BUBBLE TROUBLE retails for $2.99. All proceeds will support continued art programming at Queen Alexandra Elementary School. Students want to see the profits go towards good quality art supplies for the school, more artist visits (with “less talking and more hard skills”), and a workshop on how to make memes.

Retail locations to be announced soon!

The chicle used in this product supports communities that work and live in the forests of the Mayan Biosphere.